Our PPR Food Programme is one of our most important schemes as it is able to reach thousands of Malaysia’s most vulnerable inhabitants, those that are often overlooked by other outreach programmes. 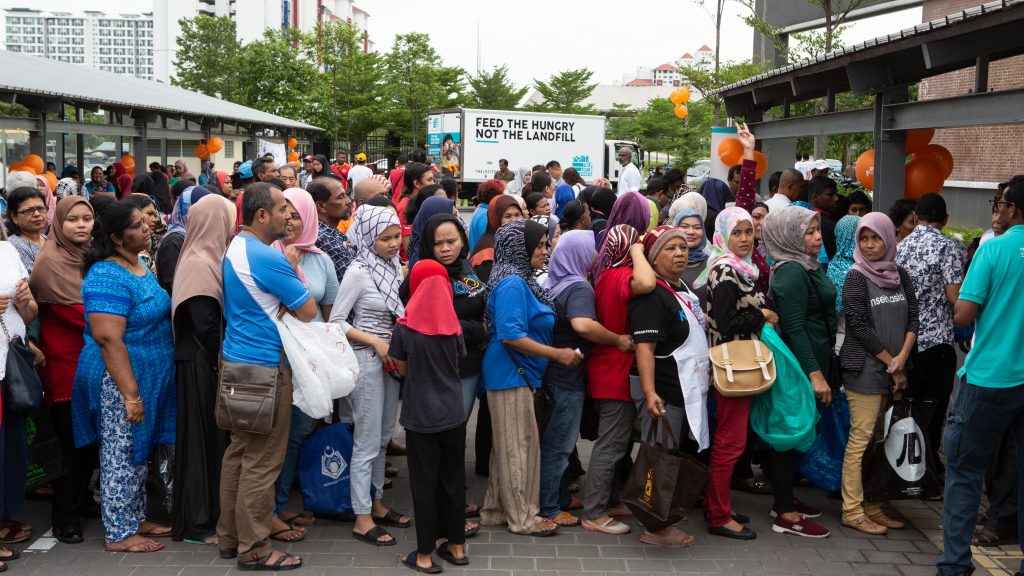 The Lost Food Project is dedicated to finding ‘lost food’ a new home with those in Malaysia who need it most. At the core of our existence is the belief that no one needs to be hungry.  There is enough surplus food in the world to feed those in need four times over.  TLFP extended its reach to the urban poor further in 2019 with a new commitment to deliver food to the Lembah Pantai low cost flats, the Perumahan Pangsapuri Rakyat (PPR) in Pantai Dalam, Kuala Lumpur.

TLFP has two PPR feeding programmes.  The first programme was launched in November 2018 at the Selayang, Segambut and Melati Perumahan Pangsapuri Rakyat.

Come rain or shine, TLFP volunteers work tirelessly to rally stallholders at the Selayang wholesale market and supermarkets such as Giant, Jasons, Village Grocer and BIG to bring surplus food to the table of the urban poor families we serve.  Every tonne of food rescued means a tonne less of food waste going to the municipal landfill and helps us to reduce the burden on families living in poverty.

Tonight you came here to give us food and I am very happy. It's rainy season and the price of vegetables are expensive. This has brought us relief and lifted some of our burdens.